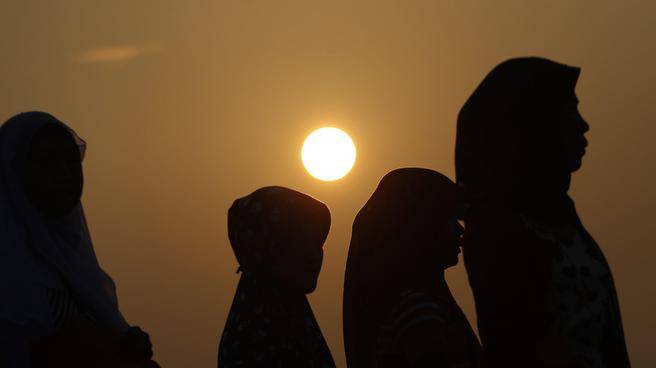 THE issue of women in Islam is a charged topic with preconceived notions, claims and stereotypes.

As women, we find ourselves running back and forth between our duties towards our Creator and our duties as wives, mothers and daughters, as if these are intrinsically divisible and separate from each other.

The holy month of Ramadaan is a month of gratitude, embracing community, of togetherness. Fasting promotes self-reflection and a reaffirmation of compassion and justice.

It is an opportune time to look inward at Muslim communities and speak about the imperative to restore our Beloved Prophet Muhammad’s (SAW) legacy of valuing and welcoming women as they are the underpinnings of future generations and should be treated as such.

One of the great ironies of Ramadaan is that, in spite of fasting being a time for self-reflection, worship and spiritual upliftment, food consumption is at an all time high and women spend twice as long cooking during Ramadaan, occupying a lot of their time catering to the needs of the family – more than any other time of the year.

At the same time, society highlights men attending mosque and staying up nights in prayer, adhkaar and Quranic recitation.

Indeed, it is spiritually rewarding for women to care for the home and family but this is not the only role of women during this time.

In the Holy Quran, Allah SWT says, ‘O believers, fasting is prescribed to you as it was prescribed to those before you that you may attain piety.’ (2:183)

Thus, as a believer, the role of a woman during Ramadaan is no different to that of a man i.e. attaining piety through worshiping and serving the Creator, Most High.

The journey of spiritual growth during Ramadaan is then not an exclusive ‘all men’s club’ and women should not be excluded from the area of spiritual and social activity.

Allah SWT also says in the Holy Quran: ‘The believing men and believing women are allies of one another. They enjoin what is right and forbid what is wrong and establish prayer and give zakaah and obey Allah and His Messenger. Upon them, Allah will have mercy. Indeed, Allah is Exalted in Might and Wise. (9:71)

Women are like men in some respects and they differ in others. Thus, most of the rulings of Islam apply to men and women equally. In cases where a distinction is made between the sexes, it is seen as a mercy from Allah SWT and a sign of His infinite knowledge.

The Quran states: ‘And the male is not like the female.’ (3:36) Yet, the difference does not mean that men and women are adversaries in any sense. They arise from each other and are for each other: ‘you are from one another’ (Surah 4:25)

Hence, if we replaced the word ‘equality’ with ‘justice’, which means giving each one that to which he or she is entitled then, perhaps, the misunderstanding of equality within Islam will no longer apply.

When both men and women start to adopt this way of thinking, particularly during the month of Ramadaan, we can begin to build an infrastructure, a stepping stone of forward thinking for the generations to follow, bridging the gap of female injustice and redefining the purpose and role of women from both a spiritual and social point of view.

These factors leading us into the month of Ramadaan make it pertinent to think about some of the issues faced by Muslim women in relation to Ramadaan, and at large.

There is a desperate need for women to start taking control of their own relationships with Allah SWT and for them to focus on strengthening this relationship.

Tending to the needs of her home and family should not be an either/ or with respect to tending to her relationship with her Creator, especially  during one of the most blessed months.

It is necessary for us to stop and think, reassessing the responsibilities of both men and women, working together to uplift each other, ensuring that the social and spiritual calendars are distributed equally for both men and women to prosper and make the most of all that the holy month has to offer.

Ramadaan is an opportune time to renegotiate how we distribute the responsibilities and obligations within the household and within society – not just for Ramadaan but for the whole year.

It is imperative that society starts considering women’s vital role in ensuring balance and shaping the development of every sector in which women operate. It is especially prudent that men complement and acknowledge such efforts.

It is time for Muslim women to reconnect and reclaim our faith, allowing time for self-reflection and transformation within ourselves through spiritual, social and community involvement and upliftment.

By Muneera Sallies, Madina Class of 2018

This article appeared in the June 2018 edition of Muslim Views