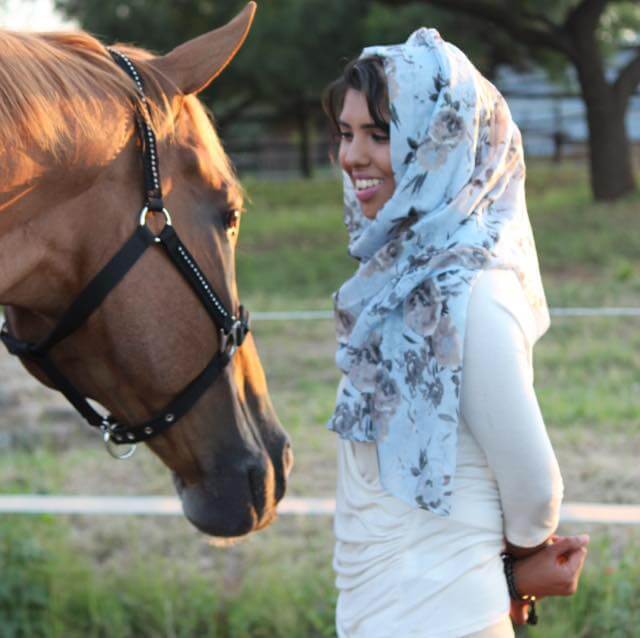 As individuals and basic human beings we’re often faced with hardships and difficulties. When we’re faced with trials, we tend to question it and ask ‘why Me.?’ So we fail to understand that everything comes from Allah, ease and hardship both come from Allah.  Allah Says in the Holy Quran Chapter 2 Surah Baqarah Verse 286:

‘’Allah does not charge a soul except [with that within] its capacity. It will have [the consequence of] what [good] it has gained, and it will bear [the consequence of] what [evil] it has earned. “Our Lord, do not impose blame upon us if we have forgotten or erred. Our Lord, and lay not upon us a burden like that which You laid upon those before us. Our Lord, and burden us not with that which we have no ability to bear. And pardon us; and forgive us; and have mercy upon us. You are our protector, so give us victory over the disbelieving people.”

What we need to realize is that Allah (SWT) who has determined and decreed these trials for us and each individual, He The All Knowing will test us as he Wills. That’s why I find this aayah so powerful, for it is Allah and He Alone who will know how much his creation can bear. So instead of looking at our trials and tribulations as a burden, but rather as a blessing, for there is divine wisdom in all that we go through, and this wisdom is beyond our human comprehension, for Allah knows Best.

Through Sabr (patience) and complete faith, half the battle is already won. However we all know how difficult it is to have sabr. From Quran and Sunnah if a person fulfils the conditions of sabr, then his or her reward is far-reaching.

Allah mentions in the Quran:

‘’O you who have believed, seek help through patience and prayer. Indeed, Allah is with the patient.’’(2:153).

And in another Surah

And certainly were messengers denied before you, but they were patient over [the effects of] denial, and they were harmed until Our victory came to them. And none can alter the words of Allah.  And there has certainly come to you some information about the [previous] messengers.

Sometimes facing our problems head on and dealing with it can be overwhelming. How lucky are we to have such a beautiful religion that we can depend on it for everything. Through the hurdles in life and good times, we are always thankful for our wonderful religion, and how blessed are to have brilliant examples to teach us life lessons that bring us closer to Allah, the All-Knowing and All Powerful.

One of the most valued stories of sabr deals with Yusuf (AS), and his exemplary story is something we can implement and learn from. When someone says sabr (patience), you often hear the word jameel (beautiful) added to it. This famous phrase was used by Yaqub (AS).

The story begins with the enmity between two groups of his own sons – one group containing Yusuf and Benyamin, another group the rest of his sons who were much older than the other two. The older son were very jealous of Yusuf (AS), and to satisfy their nafs they one day took him to a well and threw him in. The older sons then came back and wept stating a wolf ate him.  Yaqub (AS), who was very intelligent, guessed the real story. Although Yaqub (AS) knew the real story, and only he alone knew what he went through as his son was harmed, the words that came from Yaqub (AS) was Sabrun Jameelun (beautiful patience).

This is what he said:

‘[Yacub] said, “Rather, your souls have enticed you to something, so patience is most fitting. And Allah is the one sought for help against that which you describe.’ (Surah Yusuf vs 18)

The story above shows us how much sabr the Nabi and Rasul’s had and how much of faith they had in Allah. Their faith was immeasurable and the tests they endured can’t even be measured to the little hurdles we are faced with. So these stories should be examples to us that if Allah tests his chosen messengers with triumphant obstacles then surely our faith in him can never be questioned for he is All Listening and All Knowing. When it feels like the world cannot understand or cant empathize with you, know that Allah can. Sometimes we feel like we’re going through situations on our own and it disheartens us because we have no one to turn to but we in fact do. The Lord who created us is Always there to hear our grief and bring us relief. And how beautiful is it that after every experience we are faced with we bounce back becoming a better person and we look back more rewarded and uplifted. Allah promised anyone who wants to work on his or her patience three things: Forgiveness, Mercy, and guidance.

So don’t display weakness of faith and don’t lost hope in the Mercy of Allah and don’t fall into despair. Seek help from Allah, for you are never alone. It is all a test and the answer will always and most certainly be HAVE FAITH IN ALLAH.

Imam ‘Ali (a) said: “The one who practices Sabr will never be deprived of success, even though it may take a long time.”

So insh’Allah with the mercy of Allah we can all take a step back and re-evaluate our current circumstances and instead of complaining about it and questioning it, we can appreciate it, hold steadfast in our deen and gratefully thank Allah for His endless bounties.

The Quran teaches us of two types of tribulations, one being something that is out our control which comes from Allah to remind us that at the end we need to put our full trust in Him, and all that comes our way can be either two things, either one as to test us to become stronger within our faith, two as a reminder for us to wake up and change our lives and that’s due to our actions that does not please Him, and that’s the second type. But at the end both are out of His decree and His mercy to remind us as He mentioned in the Holy Quran Surah Ar-Ra’d chapter 13 verse 11:

Indeed, Allah will not change the condition of a people until they change what is in themselves.

And the only way to know whether it’s good or bad that which is upon us is by looking at the result of the test, if one faces it with Sabr and it increases him in his faith with Allah then its good, but if one faces it with arrogance, ignorance and disobedience then indeed its bad and its because of our choices Allah states in the Holy Quran Surah An’Nisa chapter 3 verse 79:

But at the end it is all as Allah decreed and since He has not bestowed upon us knowledge of our future He left us with our choices and decisions.

And that is why Allah stated in surah Fussilat chapter 41 verse 33: