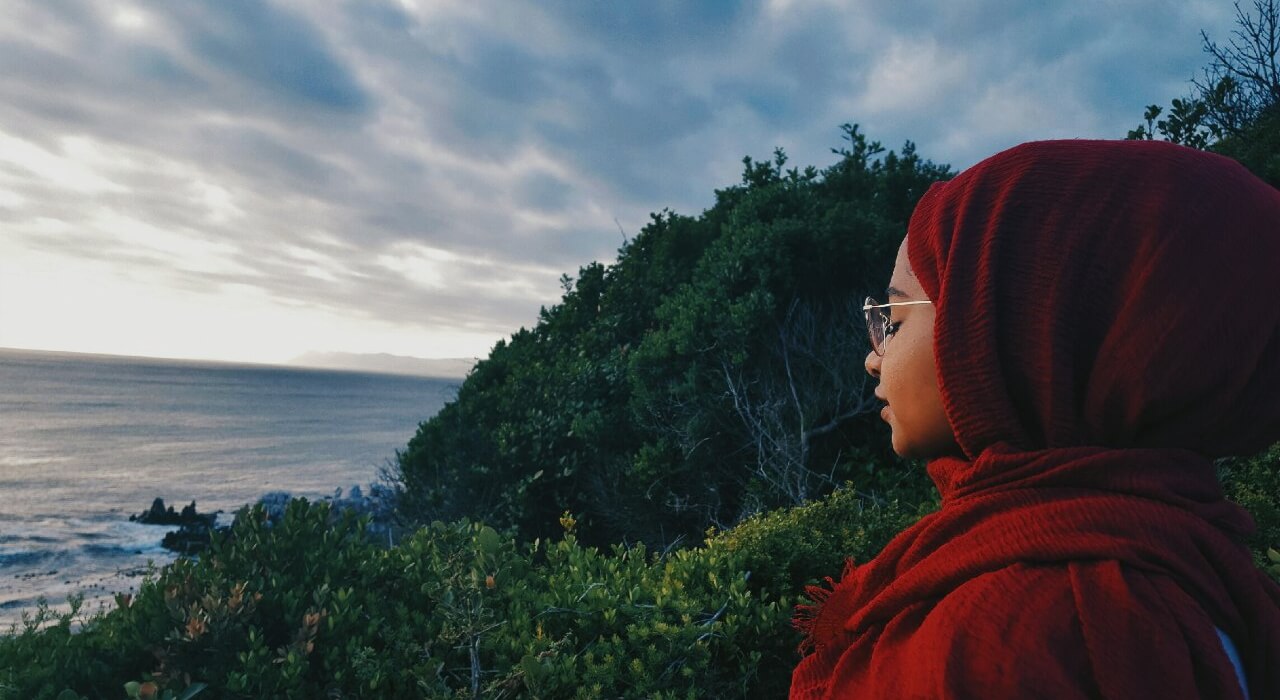 Thameenah Abrahams is a Bachelor of Arts (English, Arabic and Linguistics) graduate from the University of Cape Town. In her spare time, she’s a reader and writer. She is a current Usul al Din student at Madina Institute.

On the 9 March 2019, Madina Institute hosted a seminar at Masjidul Quds based on the Qasida Burda. The discourse was portrayed through the lens of the Sufi Mystic Poet Imam al-Busiri which was based on the English commentary text and poetic rendering of Bashir Sacranie.

Shaykh Fakhruddin Owaisi* opened up the seminar by stating that the gathering is ‘a majlis of love for the Prophet Muhammad’. As a result, it placed emphasis on the need to study, learn and act on our love for God’s Beloved, Muhammad (pbuh).

The Qasida Burda poem originally called “Al-Kawākib ad-Durrīya fī Madḥ Khayr al-Barīya” (The Shining Stars in Praise of the Best of Creation) is divided into ten chapters and approximately 160 lines. The Burda was written out of a deep yearning and love for the Prophet Muhammad and also for redemption due to Imam Busiri’s afflicted state at the time.

Prior to the advent of Islam, poetry was considered as the hallmark of excellence amongst the Arabs. At the time of Islam, poetry in praise of the Prophet was used as a medium to express adab and love towards the him. Through eloquent and beautiful words, it was also used as a tool to defend the honour of Prophethood.

The seminar compromised of an introduction to the tradition of poems in praise for the Prophet Muhammad, the history relating to the Burda as well as a rich literature analysis of the language employed in the poem.

Shaykh Owaisi described Imam Busiri’s endeavor for writing the Burda as a ‘khidma (service) for the Nabi’ which served as a means to ‘attract the mercy of Allah’.  From this, a really important lesson can be extracted: we all have to serve Allah in our own capacity. Examples of khidma that were presented was writing poetry if you have a love for words, and spending your wealth in the path of Islam if you are financially privileged. And this becomes the way in which you seek God’s help, by using that with which God has graced you with and using it in His name.

Ashkan Shokuri, an attendee of the Burda seminar found the seminar to be “incredibly enriching”. He says that the “the Burda is very well known but I never knew anything about its background”. One of the things he specifically noted that the most recited poem amongst the Muslim world was compiled  by a non Arab poet.

In short, the seminar was equally spiritually nourishing as it was intellectually enlightening. Through the words of Imam al Busiri and the grace of God, the spirit of our Prophet came alive in this gathering; ’by mentioning him (Muhammad) you attract his spiritual presence’ stated Shaykh Owaisi.

The event was truly a majlis of Love.

*Shaykh Fakhruddin Owaisi al Madani grew up in Madina and studied the traditional Islamic Sciences under many ulema of the Hijaz, including Shaykh Sayyid Muhammad ‘Alawi al-Maliki.  He holds a Bachelor’s degree in Islamic Theology at ICOSA, as well as Honours and Masters in Religious Studies from the University of Cape Town. He has ijazāt from numerous renowned scholars from the Hijaz, Morocco, Syria, Senegal and Egypt, including ijaza for the Qasida Burda. He currently lectures in the subjects Tafsīr and Hadīth at the International Peace College of Southern Africa (IPSA), and teaches Seerah at the Madina Institute.