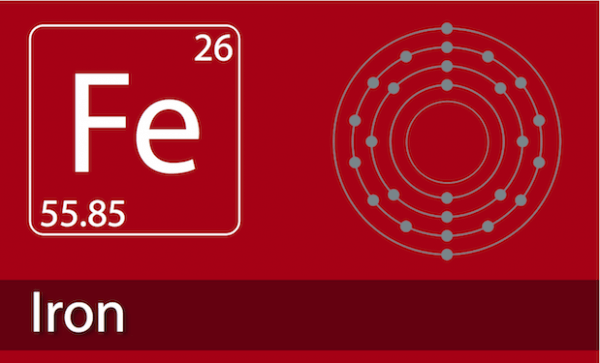 In the Name of Allah, the Most Gracious, the Most Merciful

An analysis of Iron as mentioned in the Quran

The debate between religion and science, is one that has been addressed by philosophers, theologians, and scientist since classical antiquity. The two have been the sternest enemies for millennia, where science reject the beliefs of religion, while scientific notions are constantly refuted by religion.  The Muslim community has for a long time, taken pride in their Quran for its scientific implications and mathematical codes. They believe it is that these verse of the Quran, which predate many of the scientific discoveries being made, help to consolidate the notion that the book is divine revelation.

The topic being discussed in this article is Iron. Everybody is familiar with this term, as it is widely used in the manufacturing processes. What many people may not be aware of, is the fact that the Quran actually has a whole chapter entitled ‘Iron’ or Surah ‘Al-Hadid’ in Arabic.  We will start off by analysing one of the verses where iron is mentioned directedly, in Surah ‘Al-Hadid’, verse 25.

“And We sent down iron, wherein is mighty power and benefits for the people, and so that Allah may make evident those who support Him and His messengers unseen. Indeed, Allah is Powerful and Exalted in Might’’ (Translation from Sahih International & Pickthall)

Science has known for a while, that Iron is found in the core of the planet, and we must drill mines in order to obtain the metal which is so commonly found in our households. However here, Allah (ﷻ) is saying that Iron was sent down. This is interesting, as a recent article in ScienceDaily by the University in Oslo suggests that Iron actually came from Iron-Nickel Meteorites that were formed by the nuclear reaction which occurs at the end point of a large star.  The reason we find iron in the ground is through processes that occurred millions of years ago, causing the iron to melt and seep through the ground.

The next part of the verse mentions that iron has ‘’mighty power and benefits of the people’’. Today we know that iron is an essential mineral present in our blood haemoglobin. Lack of iron causes a person to become sick, and many people must take iron supplements to help boost their immune system. The benefits of iron are not limited to health. As previously mentioned, it is widely used in the manufacturing industry such as in construction, in machinery, equipment, transport vehicles and other appliances. These all benefit human beings in some specific way. Until today, iron is still used for military purposes, due to its properties of strength. However, many would argue that iron on its own is not always the best option and alloys involving iron are more commonly used today.

In Surah Kahf, verse 96 of the Quran, Allah (ﷻ) makes mention of this idea.

“Bring me sheets of iron “- until, when he had levelled [them] between the two mountain walls, he said. “Blow [with bellows],” until when he had made it [like] fire, he said, “Bring me, that I may pour over it molten copper.”” (Translation from Sahih International & Pickthall)

Here Allah (ﷻ) is describing how iron can be processed and even mentions the formation of Iron-Copper alloy. This verse is consistent with modern methods of iron processing, although they are much more modern and sophisticated today. The principle, behind the smelting process, combustion, pour in and casting of iron is similar to that described in the Quran.

The verse from Surah Kahf (chapter entitled “The Cave”) comes from the story of Dhul Qarnain and Yajooj & Majooj (Gog & Magog). Allah (ﷻ) is describing how Dhul Qarnain constructed a wall between a group of people and Yajooj & Majooj to prevent further corruption from taking place in that land. The wall built by Dhul Qarnain is one that must be strong enough to last throughout the times. We find that Allah (ﷻ) mentions that copper was added to iron to create this wall. Data from the European Copper Institute would prompt metallurgists today to say that one of the key properties of such an alloy, is the fact that it would be resistant to corrosion. If copper ferrite was formed due to the presence of iron oxide, the material would also be resistant to acid. The overlapping and diffusion of copper in iron & iron in copper, would allow for the formation of a material with increased strength and hardness. This shows that the Quran was aware of the qualities that could be obtained when forming an alloy of copper and iron as would be required to build a wall between Yajooj & Majooj and the people of that land.

We find that some Muslim scientists try to use mathematical methods to find more correlations between various Quran verses and scientific ideas. An example of this is finding that iron is mentioned in the 26th verse of Surah Al-Hadid, and the atomic number of iron is also 26. These are interesting concepts for people who are fascinated with mathematical manipulations, however they do not usually follow a scientific line of thought and therefore in this article, the analysis of the two Quranic verses mentioned above will suffice.

This article looked solely at two verses in the Quran which mentions Iron. Although this book was revealed 1400 years ago, the scientific principles behind the origin of Iron and the processing of the metal correspond the data obtained using modern technology. Iron was merely used as an example in this article. In reality, there are many scientific ideas which are mentioned in the Quran and a similar exercise can be performed to analyse each one. Some of the scientific ideas mentioned in the Quran are; concepts regarding human embryonic development (Quran 23: 12–14), the expanding universe (Quran 51:47), spider webs (Quran 29:41), and notions of seas and rivers (Quran, 25:53). These are very modern concepts which are still being investigated by science.

Science is therefore an integral part of the Islamic faith, the two go hand in hand. Muslims often regard science to be connected to their prime belief in the Oneness of God or ‘Tawhid’ in Arabic. Looking at history, one will find that from the onset, scholars of Islam pursued knowledge in all fields, including science, medicine, astronomy, exploration, philosophy, sociology and many other disciplines. Muslims believe, that nature has signs that guide them to their Creator. We find that before the Renaissance period, many Muslim scholars had excelled in various disciplines of knowledge are still acclaimed today for their contribution in their respective fields. People like al Khwarizmi, the famous mathematician, Thebit ibn Qurra, a renowned physician and astronomer, Geber ibn Haiyan recognised for his metallurgy works, Ibn Sina and Ibn Khaldun known for their influences in philosophy and history, are just a few names that one might come across when thinking of Muslim contribution to modern science and education. However, it is difficult to imagine this in today’s society. With the fall of the Islamic Civilisations at the end of the Medieval Ages of Europe, we find that Islamic traditions of sciences also took a fall. The people, and the scholars from the Islamic world, looked to Europe and now America for their scientific ideologies. The once grand institutions of knowledge throughout the Arabian Peninsula, Andalusia and Persia, have either disappeared or are not known to most.

We must therefore try to break this stigma that exists around religion and science. It has become a popular belief that someone is either religious or a scientist, with no harmony between the two. The Muslims must remember their past and go back the fundamentals. They must aim to be like their predecessors who not only strived for knowledge of their religion, but also excelled in diverse fields of knowledge.