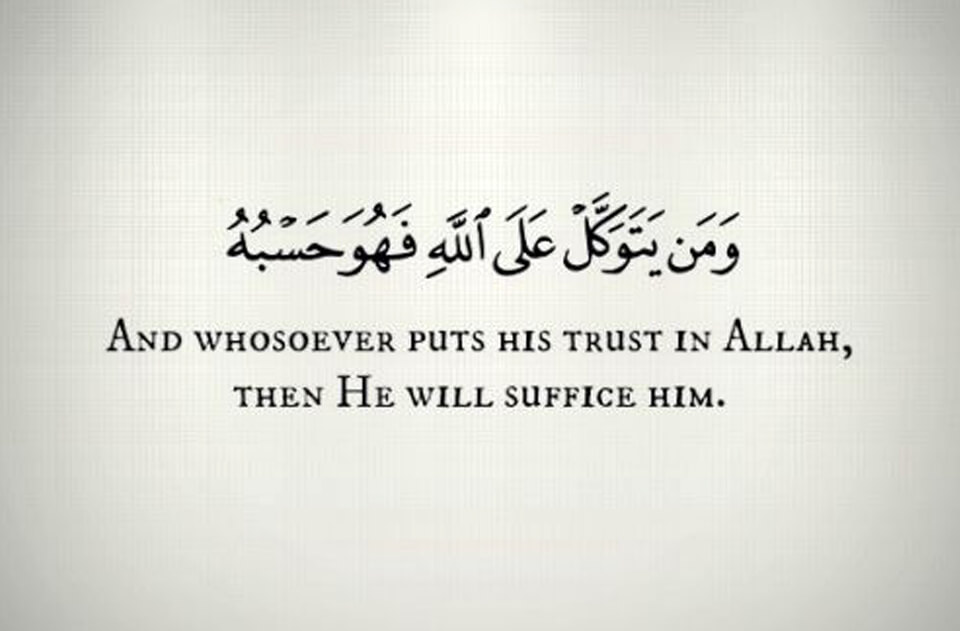 During the time of Nabi Ebrahim (AS), Makkah was empty and barren not even vaguely like the city we know it to be today. It was not even a place where travellers would pass through and stop at because there was nothing, there was no water, there were no animals and there was no growth. This is the desolate location selected by Allah for Sayyida Hajar to be left in. Even though this story in particular has so many areas to focus on, and so many lessons to draw, what I would like to focus on is something simple and often overlooked. And no, it is not how she ran between Safa and Marwa, it’s not how she was a second wife asked to leave her home, it’s not about her life in Makkah. Quite simply, a reaction, it’s not an event.

As Ebrahim (AS) began walking away after leaving Sayyida Hajar and Ismail (AS) in the desert, she ran after him and asked multiple times why they were being left there to which he did not respond. Finally, she asked him if Allah had ordered him to do so and when he told her it was, she immediately ceased her question and went back to where he had left her. This one single reaction which often gets overlooked is what showed her level of tawakkul. Let’s take a step back and try and imagine this situation for ourselves. If your husband left you wordlessly with your son in the middle of a desert with no growth or sign on life and continued on his way, would your first reaction be to ask him if this was Allah’s will? Or would it be saying things such as how can you do this to us or what kind of father are you. Sayyida Hajar asked one question, and in her reaction what we see is not the trust she had in her husband, but the trust she had in Allah. For her it was enough knowing that this is what Allah commanded, and that if he commanded this, surely it had a reason and they would be taken care of.

Tawakkul is one word but the one who possesses it has 4 traits, awareness, trustworthiness, strength and sympathy. Taking the case of Sayyida Hajar we see that she possessed all of them, she had an awareness of what was happening to her and of her circumstances, she placed her trust in her creator, as a woman alone in a desert with absolutely nothing she was the personification of strength and she possessed sympathy when her son began crying for water and she ran to find it. Beyond these 4 characteristics, tawakkul implies that when someone is in the face of life’s difficulties, when one faces enmity of enemies, when one faces the tangles of this world which hinder his journey towards his goals, and in instances wherein he finds himself unable to untie the knots binding him to what is difficult, he takes Allah alone as his support and does not give up on what he has set out to do. There is trust in Allah but at the same time he does not stop his own efforts and endeavours. Rather in those instances too wherein he possesses the strength to perform the work, he looks upon Allah as the fundamental influencing force.

Sayyida Hajar showed that she trusted in Allah and his plan but she did not rely in that trust and put her own efforts aside. She pushed herself and exerted herself for the sake of her son and her needs as well. She fulfilled her duties as a mother and left the rest to her creator and this is something we need to learn and implement. We need to trust Allah without worrying about our end and without questioning his plan but at the same time fulfilling our own duties. We have to show consent to the decisions Allah makes but we also have to act in accordance and take the necessary measures such as obeying his commands and avoiding his prohibitions.

Tawakkul should never be a preventative measure to keep mankind from working and this aligns with aayah 53 in Surah Naj’m which states “man can have nothing but what he can strive for”.  Tawakkul is a balance of relying on Allah but it is also doing what you are required to do. In times of difficulty it is often easy to say “it’s okay Allah will get me through it” or “this is Allah’s plan and my takdeer so I’ll just go with it”. The challenge is picking yourself up and saying “Allah will get me through this”, and then continue fighting to overcome any hardship. And when times like this strike what we can do is look at Sayyida Hajar, look at how she accepted what Allah had ordained and the position he put her in, but still continued doing what was required on her part. We can look at this woman who was strong and independent, and use one single reaction as a basis for all our trials and tribulations, and with Allah’s help may we overcome them all.