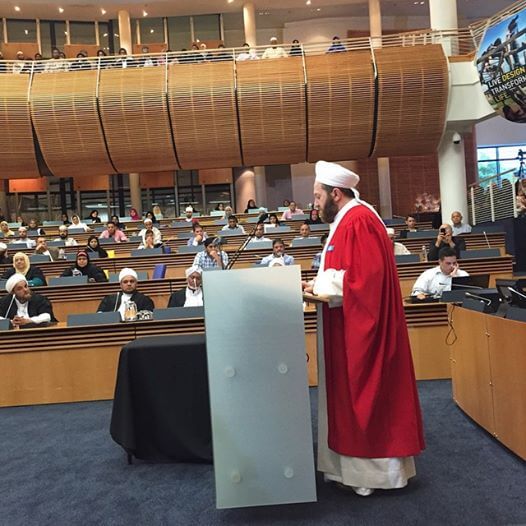 We would like congratulate and applaud all of the graduates
of the 2014 Usul-ud-Din Program.

December 9th was our Inaugural Graduation Ceremony & Gala Dinner, and the lovely event was held at the City of Cape Town Council Chambers. Certificates, Diplomas and Ijazas were awarded to our students by our noble shuyukh in attendance, including Sh Muhammad bin Yahya al-Ninowy, Sh Seraj Hendricks, Sh Tijani Ben Omar, among many others!

Special congratulations are also in order for our Top Achieving brothers & sisters:

The event was attended by many honored guests, students, families, sponsors and supporters, and was also broadcast on Voice of the Cape, Radio 786, and for those who missed it, the recording is to be televised on ITV channel 347 DSTV on Dec 21st at 3-4pm, and repeated on Jan 18th from 3-4pm. Many photos can also be seen on the Madina Institute’s Facebook Page: “Madina Institute-South Africa”.

Please also note that the Madina Institute’s office will officially be closed for Summer Holidays from December 22, 2014 through January 5, 2015.

All inquiries during that time can be directed via email to info@madinainstitute.org.za