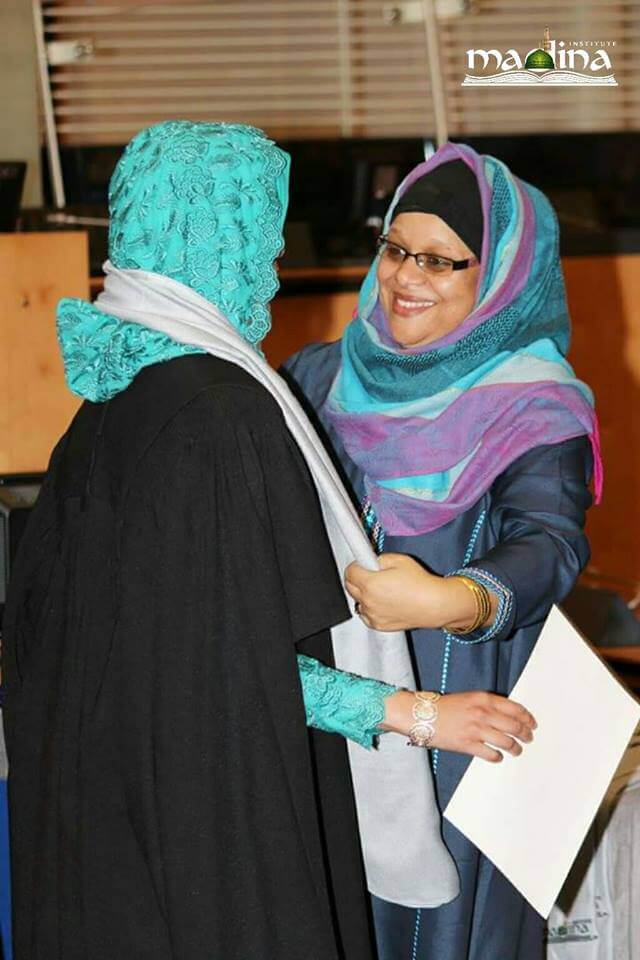 Writing this I am filled with emotion. Whenever I think of Madina it makes me emotional as it has such a special place in my heart.

In 2014 I went into the Madina offices for an interview as an administrator. I was introduced to the ladies in the office, and as I sat waiting to be interviewed, many of the students greeted me as if I already was part of Madina.

This introduction just felt right and I immediately knew this is where I wanted to be. To partake in all that Madina was and still is.

When I started working at Madina in March 2014, it was a completely different environment from that what I was used to. Upon walking into the Icon building, I immediately felt different.

It became my home, surrounded by esteemed Teachers and Learned Lecturers. It is where I learnt to love for the sake of Allah and be the best that I could be for my fellow Muslims.

After meeting and getting to know the esteemed Lecturers, I initially felt out of my depth, but as time went by and I got to know each of them individually, I realised, that Allah loves all of us, and I beleive that it was for that reason, I was brought to Madina, so that I could learn and be a part of the experience, that is Madina, where knowledge of the Deen and love of Allah and for each other, sculptures young minds and turns them into Ambassador’s. During my time at Madina, I encounted so many people who touched my life and changed it for the better.

The students and everyone at Madina, became like family to me. Madina is Family.